Started today with a shoot bright and early at 8am, and went right back home to submit some images to Oxygen from Micah and Diana’s wedding.

This week is packed with shoots so I’m asking forgiveness ahead of time for any late or verbally lacking posts. Today’s excuse though is that I’ve had this crocodile “Gustave” on my mind pretty much all week and I have to tell you about it.

First off he’s something like 60 years old, around 23 feet long and weighs something close to a VW Bug. 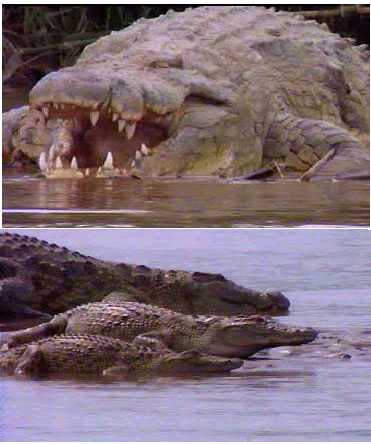 That’s him solo up top and with two average crocs below. Yeah…massive.

Oh, and he’s also suspected of being responsible for near 300 human deaths during his aquatic reign of Burundi.

This site uses Akismet to reduce spam. Learn how your comment data is processed.